Celebrating Our Superpower: Women in Technology 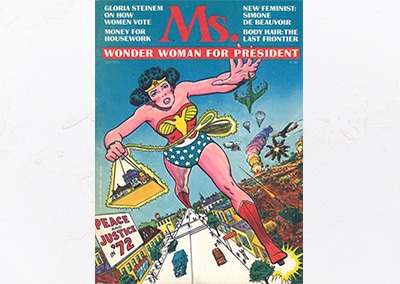 I am joined today by a number of the female executives at Expedience: Melissa Mabon, CEO and Founder, as well as Lead Software Designer; Sharon Coddington, VP of Marketing; Diane Loudenback, VP of Services; and Amanda Kiefer, Senior Engineer.

Welcome, ladies, and congratulations on your certification. Today we would like to discuss what it is like to be a woman-owned, woman-led software company. 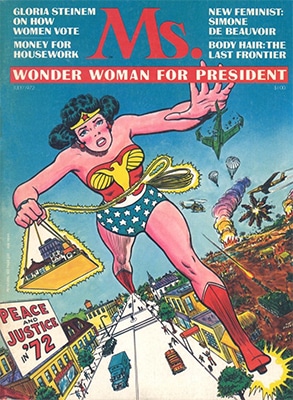 Patricia: Only 5% of Tech startups are founded by women. Only about 2.5% of venture capital is invested in women-founded companies. How is it that you have beaten those odds?

Melissa: Well, we are self-funded, so we didn’t actually beat the investment odds. But as to the other question: Sharon and Diane, and I worked together at a previous company, Pragmatech Software, so I already had some Girl-Power to tap into when I started Expedience. That made all the difference.

Patricia: What has it been like for you as a woman in business, particularly in what is still a very male-dominated industry like software?

Melissa: There is a cross-section of ages of women at our company, so I expect everyone’s experience will be different. But for myself, I came of age with the second wave of feminism. The first wave, of course, being the suffragettes, the second wave being Gloria Steinem and others in the early ’70s. I remember buying a copy of the very first issue of Ms. magazine when I was just fifteen.

Patricia: This year is actually the 50th anniversary of that first issue, and that iconic first cover was of…

Melissa: Wonder Woman! Yes. And now you can calculate my age too. But, you know, it undoubtedly changed the course of my life, as the feminist movement did for many young women at that time. I have certainly lived a life that was not set out for me. And actually, in the ’80s, there were more women in technology as a percentage than there are now. More women earning degrees and pursuing STEM careers. Those percentages actually went down and are just now rebounding slightly.

Patricia: We hear a lot about the importance of mentorship for women. Have any of you benefited from a mentor or been a mentor for other women?

Melissa: I think I have benefited from numerous cases of mentorship from other women as a young woman. But I don’t think we ever used that term. It was just cases of women looking out for other women, something women have done forever. As far as being a mentor, that is intrinsic to how we view good management. As a manager, part of your responsibility is the mentorship of younger employees, men, and women. It is part of the responsibility of the organization as well.

Diane: My history getting into STEM – started out in the education/health science path like so many others. Entered the business world in a customer service/document creation capacity (‘support’ roles). As my titles evolved, I then went back for an advanced CIS degree to complement my real-world experience and have the ‘credentials.’ This worked in part because I found a company that encouraged and supported career development, particularly of women. Pragmatech that Melissa mentioned. Because of this, I make it part of my purpose to support women and even broaden this to encourage diversity in many ways. I think we all have the responsibility to help others to find their seat at the table and to make room for other voices.

Sharon: I agree. Women may be less likely to be sponsored by senior male leaders, but women are more likely to help each other along the way. That was certainly the case at our previous company.

Patricia: Fair to say that Expedience is your ‘Second Wave’ software company?

Patricia: What do you think has changed for women in business? What has stayed the same?

Melissa: When I was a young woman in college and grad school, sexism and even outright misogyny were rampant. I know of cases in college of women being denied A’s by professors, even in classes in Math and Logic, where the grading should be clearly objective. I don’t know how it is now…

Amanda: I didn’t feel discriminated against while pursuing my degree in Computer Science. If anything, I felt encouraged by my advisors and professors. However, I didn’t get into the tech industry until later in life. I believe this is because I didn’t have the opportunity to explore that world when I was younger, so I didn’t know if I would be interested or good at it. There were very few options for exposure to the tech industry when I was in middle and high school.

The little exposure I did get was focused on learning to type and creating slide presentations. I was not given much opportunity to learn more, whether that was intentional or not. Because of this, my knowledge of computers and technology was limited to what I had at home. We only had one computer in my house when I was growing up, and it wasn’t connected to the internet. My parents only allowed me to use it for school-related projects, so I didn’t have much exposure to the world of technology.

Diane: In the past, I have run into challenges where pay and responsibilities were out of sync with others in similar roles. Unfortunately, I didn’t think standing my ground was an option at that time and was concerned that speaking up could cost me more than I could afford, even my job. The worst part is, I was probably right. Eventually, I left and began contracting rather than continuing on the same corporate path – going around the obstacle, I guess you could say.

Sharon: Statistically, we haven’t seen the improvement that we should have over the last 50 years.

Patricia: Can you elaborate?

Sharon: There are two streams of thought on this. One is the glass ceiling theory. The other is the leaky pipeline theory. Before they even get close to the glass ceiling, women face barriers in advancing to their first management roles. On average, in the U.S., only 86 women are promoted to manager for every 100 men promoted to the same level, resulting in fewer women available for promotion at even higher levels.

These barriers have a measurable impact. As you go up the corporate ladder, there are fewer women to promote. A 2020 analysis by Mercer of over 1,100 organizations around the world demonstrates this ‘leakiness.’ Women start out relatively equal to men, at 47%. At the mid-management level, it drops to 37%, Senior management 29%, and Executive 23%. At the C level, it drops to 6.6 %, much less if you exclude HR.

Patricia: What continues to be your greatest challenge as a woman-led company?

Melissa: You mentioned the disparity in Venture Capital. That has certainly affected us. Unlike most, maybe all of our competition, we do not have outside investors. We have been really skittish about that. Partly because we suspect we won’t get a fair hearing, but even more so because we suspect that after getting investors, our management team and engineering team won’t look the way it does now.

If you look at the women assembled here, THIS is what a software company looks like. But not everyone gets that. This continues to hold true even though there have been studies to prove diversity increases ROI. There have been studies that show that women-led companies outperform men-led. It’s the same story, really. Even with objective proof, women still don’t get the A’s they deserve. Old biases die hard.

Patricia: So, are they any advantages of being woman-led?

Melissa: Of course! I think it is our superpower in many ways.

Melissa: More collaboration. More mutual respect for each other and customers. A LOT less ego. Cliché, but true and makes a big difference. Generally, I think we are better at handling stress. And multi-tasking. Crisis? Impossible deadlines? Just another school day.

Sharon: Despite the added stress of the pandemic, which in large part landed squarely on women, we see women rising to the moment. Women are stronger leaders and take on the extra work that comes with this compared with men at the same level.

In addition, it is the women leaders who are stepping up to support employee well-being and (DEI) diversity, equity, and inclusion efforts. Large corporations often fail to recognize the significance of these efforts. At our company, however, it is part of our DNA. There is no glass ceiling here. And no leaks, either.

Diane: I think our team is our greatest superpower. We can find and attract the best talent because we are open and welcoming to that talent.

Patricia: So, what does the future hold for woman-led business? What can we do to improve things for women?

Melissa: 50 years after that first issue of Ms. magazine, it feels like very little has changed. I have Deja vu every time I watch the news. It’s disheartening. But I am a natural optimist. Progress is always slow, with lots of obstacles and backsliding. But I think there is still progress. You have to hope so. There is a great quote from Lily Tomlin. “The road to success is always under construction.” That pretty much sums it up for me.

I have seen the benefits of STEM education in my own daughter. Her school is STEM certified and puts forth great effort to expose students to these subjects often. In as early as Kindergarten, she was given the opportunity to complete coding-related activities, science, and engineering projects. She has had opportunities to advance in mathematics.

Patricia: And that is bound to make a difference going forward.

Sharon: Speaking of 50 years, this is also the 50th anniversary of Title IX. Title IX eliminated sex-based discrimination in education. I can remember the huge controversy over that, although it seems obvious now. My three daughters were all athletes, and all benefited from Title IX. It had a huge impact on women.

Shine a light on the U.S. Women’s National Soccer Team to find a prime example. They are one of several successive generations of American women dominating the sport, which has its roots in Title IX law. And that means their fight and successful outcome for pay equality is the latest significant step in an ongoing and very slow walk toward gender equality. Fifty years of Title IX is not the end, it’s only the beginning.

Diane: I think this shows that women can’t take things for granted. Every generation needs to be aware and active. And this includes men. They have a role to play too.

Melissa: Maybe it’s time for a third wave of feminism.

Patricia: Maybe we are already there! Thank you so much, ladies, for your insights.